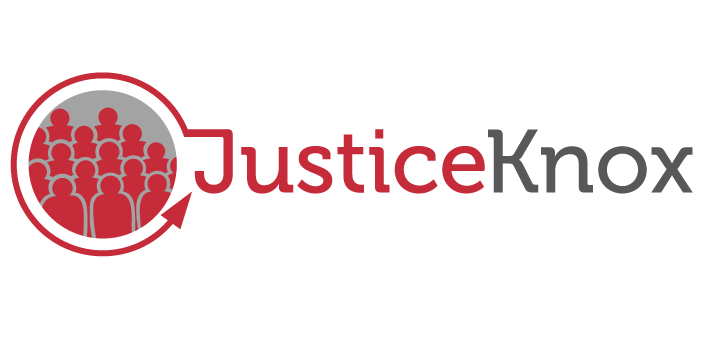 Year by year, our congregations and our impact, have grown.

On Nov. 14, 2016, 230 leaders from 14 congregations officially formed Justice Knox and voted to choose mental health and education as the first problems to tackle.

After our first research process, we successfully gathered 1,236 people at Central United Methodist Church for Justice Knox’ first Nehemiah Action Assembly on April 24, 2016, to press for justice in our city. In our mental health campaign, with this Assembly gathered, Justice Knox leaders secured commitments from Police Chief Rausch and Sheriff Jones that they would train 100% of law enforcement in Crisis Intervention Training and a commitment from Sheriff Jones that he would hire Leon Evans, an expert in designing an effective mental health system, to come to Knoxville to evaluate our system and make next-step recommendations. In our Education campaign, school board members who had committed to participate in the Assembly made last minute decisions not to participate. Still, the Assembly got the attention of the school system and we had follow up meetings to discuss our Education Action asks within a week of the Assembly. We continue to follow up on both issue campaigns.

More than 20 congregations, currently including Lutheran, Catholic, Episcopalian, Baptist, United Methodist, Presbyterian, Non-Denominational Christian, United Church of Christ and Jewish are participating at some level. By our Annual Assembly, we will have 18 member congregations. People from other traditions, including members of AME Zion churches, Muslims, Buddhists, Quakers, and Unitarian Universalists, also participated in our first Nehemiah Action Assembly. Justice Knox continues to recruit member congregations and invites all congregations and organizations who want to “do justice” to join!

As we look forward to the coming year, our goal is to have participation in our Nehemiah Action Assembly rise to 1,300 participants. As we look at our growth potential and increase in our House Party participation, we know that this is a bold, but reachable, goal. Join us!

OUR MISSION: Justice Knox, an interfaith collaboration of congregations and organizations, actively uncovers injustice and mobilizes the community to create just, fair & effective solutions. Through Justice Knox, congregations of diverse faith backgrounds act together in response to the biblical mandate to “do justice.” We are inspired by the work of 21 broad-based Justice Ministry organizations in other cities.